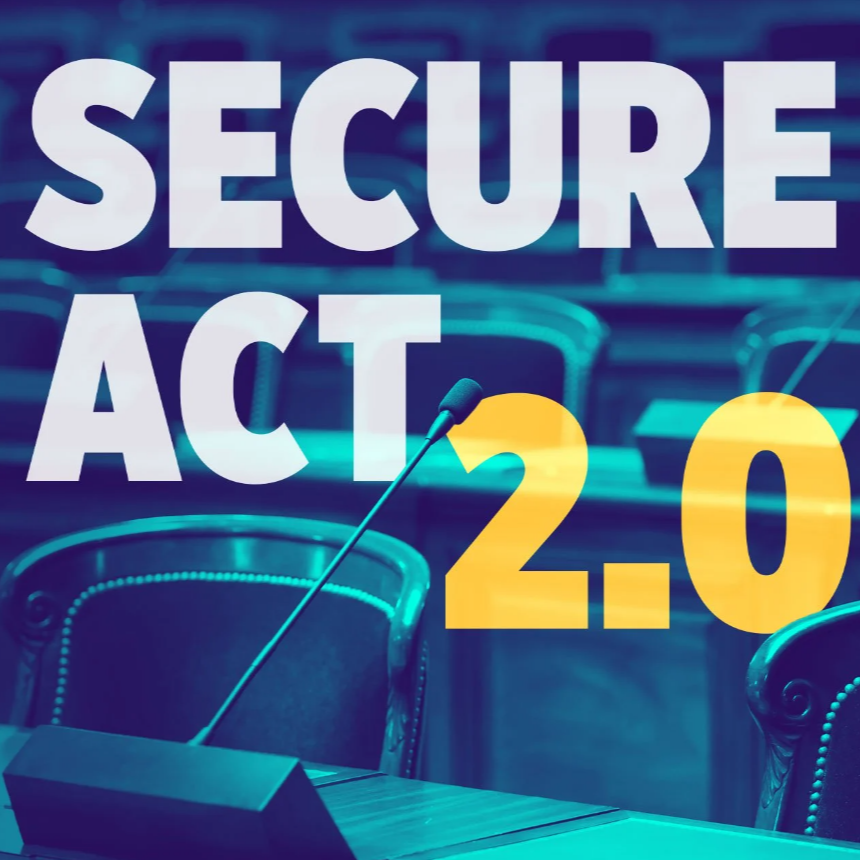 There was good news for those saving for retirement in the recent appropriations bill passed to fund the government, signed into law by President Biden on December 29, 2022. The larger bill included a set of retirement reforms called SECURE 2.0. A kind of sequel to the SECURE Act passed by the Trump Administration in 2019, SECURE 2.0 makes it easier to save for retirement, easier to preserve savings in retirement, and easier for businesses to provide retirement benefits. While there was normal debate about individual provisions, SECURE and SECURE 2.0 were both jointly sponsored by Democrats and Republicans and had broad bipartisan support.

We do not expect the new law to have a direct impact on markets, but it is very likely to have an impact on how people save for retirement and how businesses provide retirement benefits. Here are highlights of some of the more important provisions in the bill. Note that this is just a high level overview and many provisions go into effect at various times over the next few years or may have specific requirements or limits.

Making it easier to save for retirement is a solid win and the law does an effective job addressing the challenges faced by those at different stages of saving for retirement as well as those already in retirement.